This Times article, I think, really takes aim at the largest zoning-related cause of the housing crisis. Single-family neighborhoods will have to give way to multifamily development, one way or another, if we are ever going to build enough housing units to absorb demand in the places where economic opportunity exists. The California law facilitating “granny flats” is one step in the right direction. New Jersey’s Mount Laurel doctrine is based on a prescient, 1970s recognition of the exclusionary role of zoning. (Unfortunately, it has not done nearly enough to counter the zoning-driven shortage of affordable housing, especially in Northern New Jersey.

What other measures will come, based on the principle (which we have often recited) that restrictive zoning is creating artificial housing shortages? Innovation in this realm cannot happen soon enough. At some point, the dam is going to break. There will either be more housing; or there will be a dampening of the regional economies in places that cannot provide a housing equilibrium. What worries me, next, is that the artificial shortage of housing may have become such a chronic, long-term situation in our most affluent regions that we may have reached a point where the economy is dependent upon an artificial shortage being preserved. 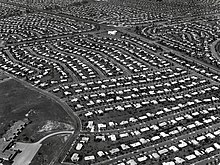 That is to say, so many mortgages have been written on the assumption that astronomically high prices are stable; so much private wealth is now sunk into ultra-high-cost real estate. If the regulatory barriers came down, and builders were able to begin to catch up with market demand in places like New York City and California, then how much wealth would gradually begin to evaporate as prices trended toward a healthier equilibrium? The saving grace is that — absent a watershed court decision — the gears of this change will probably be quite slow to turn.