I have a new piece in City Journal about how the West Bronx evolved from a series of suburban neighborhoods of Victorian houses (built in the late 19th century when the City of New York first incorporated the wards north of Manhattan), into an urban environment of (often beautiful) apartment buildings. The transition mainly took place between the turn of the 20th century, when subway service began, and the onset of the Great Depression, when construction and migration both came to a near standstill. It remains a model of how cities can grow incrementally, by allowing the construction of apartment buildings when demand for housing rises.

This piece is something of a spinoff from the original research that I did several years back, and reported on this blog, about the last few Queen Anne-style Victorian houses along Woodycrest Avenue in the neighborhood known as High Bridge. Sadly, the city’s Landmarks Preservation Commission declined a proposal to preserve these last few detached gingerbread houses on the NYC street grid (that is, the one begins in Manhattan and continues north to the Westchester County line), and many have now fallen to the wrecking ball.

Several people have expressed interest in this topic. In addition to the ones on Woodycrest Avenue, I tried to document the handful of other remaining houses like these that are on the Commissioner’s Plan-Risse Plan streets of the West Bronx. I documented the research several years back, and most of it can be found here: http://www.legaltowns.com/category/the-bronx/

My latest piece at TAC’s New Urbs is a look at the ongoing renaissance of Asbury Park, New Jersey. A small, Victorian-era beach city on the Monmouth County coast, Asbury Park had fallen on hard times when people my age were growing up. Apart from the Stone Pony — a music club that helped launch Springsteen and Bon Jovi — it didn’t have many live destinations. Now, that’s all beginning to change. 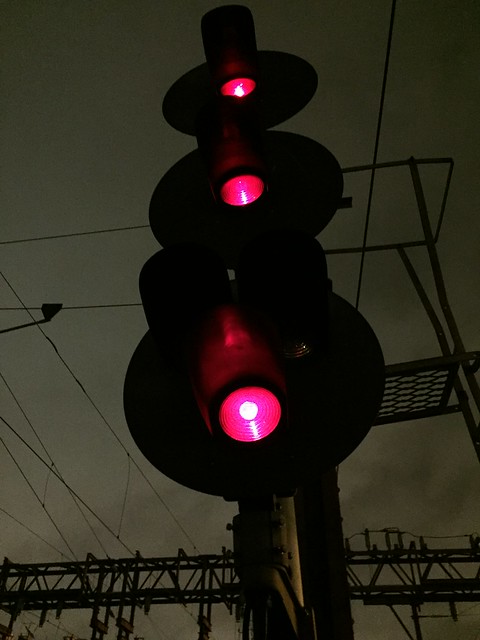 The above video shows the subway line from Union Square to Grand Central, in 1905. This would be the route taken by the 4, 5, and 6 trains, today; the Lexington Avenue IRT. According to the Library of Congress:

The camera platform was on the front of a New York subway train following another train on the same track. Lighting is provided by a specially constructed work car on a parallel track. At the time of filming, the subway was only seven months old, having opened on October 27, 1904. The ride begins at 14th Street (Union Square) following the route of today’s east side IRT, and ends at the old Grand Central Station, built by Cornelius Vanderbilt in 1869. The Grand Central Station in use today was not completed until 1913.

The clothing at the end is incredible. After the route covered by the video, the train would have turned west, and followed the shuttle tracks to the West Side, where it would have continued north along the tracks now used by the 1, 2, and 3 into Harlem and Washington Heights, and eventually the Bronx. This was before there were tunnels under the rivers to Brooklyn, Queens, or Jersey City. As the subway grew northward, it would include architecturally unique stations like the one at 168th Street, whose design echoed the tepidarium of the Pompeiian baths:

The deepest, oldest level of the 168th Street IRT station in Manhattan.

(It’s interesting how much more front-and-center the references to the Classical world once were in American city planning.) In spite of being the only subway, the first line existed in the context of an established and extensive elevated system, which had provided above-ground urban rail to New Yorkers since the mid-Victorian period; and also electric streetcars. The NYC video is kind of like a subterranean version of the below movie, which was filmed from a San Francisco streetcar, on Market Street, traveling towards the Embarcadero, just days before the infamous earthquake in 1906:

This is the route now followed by the underground BART. Great stuff.

The Atlantic has some incredible photos of the East Side Access (ESA) project. When you see too many good ideas mired in legalities and politics, it’s easy to forget what humankind is capable of achieving; and then you see images like these, which are really quite inspiring. Because sometimes meaningful things actually do get done. (Just not in New Jersey.)

If the ultimate cost of service can be kept reasonable, then the service upgrades supported by this project will pay dividends through transit-oriented development around Long Island Railroad stations in Queens, Nassau, and Suffolk. There’s also a serious proposal that was discussed last year to add direct Metro-North service via the ESA project to the affordable housing markets of Parkchester and Co-Op City in the Bronx. What’s happening today under the East River will likely support the next generation of neighborhoods in metro New York.

Leonard Lopate interviewed Sam Roberts, author of Grand Central: How a Train Station Transformed America, for the Terminal‘s 100th anniversary. In addition to the station’s architectural significance, its role as catalyst for the covering over of Park Avenue (between East 45th and 97th Streets) created some of the city’s best residential blocks, and it is no coincidence that the boundary between the Upper East Side and Spanish Harlem has long been 97th Street. The placement of the terminal itself also helped turn Midtown into the commercial center of the city, and in the 1970s the property would play a pretty important role in the development of U.S. historic preservation and land use law.

In some ways, the city changes so often it’s like a kaleidoscope. But that smell of oil and brake dust that permeates the tunnels of the lower concourse, along with the sounds of hissing air brakes and countless ventilation fans, is almost timeless.

In spite of attempts to derail them, America’s classic streetcars have never entirely disappeared. I love the color scheme that’s still used on some of the cars in Philadelphia. I caught this one on West Girard Avenue, in the Northern Liberties section, while visiting a friend yesterday who lives nearby.

Here are some pics from the Brick Church neighborhood, which is situated between the Morris & Essex Line and Springdale Avenue, where Upsala College was once located. The section has a rich stock of large Queen Anne Victorians and early 20th century courtyard-style apartments. There are a lot of potential haunted houses in this neighborhood: Far too many structures have been neglected since the 1970s, when the aftermath of the Newark riots took a heavy toll on much of Essex County. For a while, East Orange had an astronomical crime rate, but it’s calmed down a little bit. And the physical beauty of the neighborhood remains: Its buildings are mostly arranged along wide streets, with parkways, deep setbacks, and hundred-year-old trees. As in other parts of Essex, gas lamps still remain on certain blocks. And, of course, the lack of telephone poles and suspended wires.

Here’s a map of the area’s street plan during its early 20th century heyday, around 1912:

I’ve been working on a project for a research center in New Brunswick over the last few months. The legwork has involved conducting interviews with officials at Metropolitan Planning Organizations (MPOs) and state DOTs to document their experiences with TELUS, a database-management platform that’s employed for logistical and compliance purposes. Agencies use the software to assemble their federally-mandated Transportation Improvement Plans (TIPs), track their infrastructure spending, classify and prioritize individual projects, and share project data. A web-based version helps officials comply with SAFETEA-LU requirements for public transparency; a land-use projection model works in tandem with TELUS to allow agencies to predict future traffic and land use patterns, as well as employment and population growth.

From what we’ve learned, TELUS seems to have been a big help for state and local transportation agencies. Instead of copying information back and forth between e-mail accounts, Access databases, and Excel sheets (as had been the practice), those that adopted TELUS now have a global framework for managing their project data and making it available. One problem that dogs all of the software in this niche is a lack of standardization among competing platforms. A number of state and local agencies have developed their own programs to carry out the same tasks that TELUS handles. The programs all seem to have been developed separately, with little regard for compatibility with others. In some cases agencies require their subordinate partners to submit data in their proprietary formats, making the adoption of an outside framework complicated. There’s a period of this that occurs in every wave of development– whether it’s rail gauges, or radio frequencies, or operating systems. Individual participants can waste a lot of effort and money by picking the wrong horse. It’s interesting (as an observer).

At the end of the research, two observations (personal, not directly related to TELUS) stand out. The first is the enormous role that the federal government plays in local infrastructure projects, especially in conservative, rural parts of the country. The second is the lopsided preference that federal funding gives to highway infrastructure, as opposed to passenger rail, freight rail, bicycle/pedestrian provisions, and ferry/shipping services. It’s almost a cliché that mass-transit is an insolvent business model, and one that requires massive public investments, while cars and trucks remain ubiquitous symbols of potent American individualism. Imagine how that picture would change if, instead of the highway system, the feds maintained all of the rail infrastructure, and allowed private companies to use it, for profit, at little or no fee? If the highways were all maintained by private entities who had to raise revenues through tolls, or forgo their maintenance?

I’ll post a link to our report when it’s published.

Americans really are driving less, and New Jersey residents are riding the train more often. This trend is good news for proponents and developers of more compact, traditional towns and neighborhoods– and for proponents of design priorities that don’t assume everyone is flying past at 45 m.p.h.

As for April Fool’s Day, Google Maps has it down.