I’ve always liked New York’s Chinatown, and its unique, bilingual riff on standard street-naming has highlighted the special qualities of this neighborhood for as long as I can remember — distinguishing its corners from those in the surrounding blocks of the Lower East Side and the so-called Civic Center (that cluster of neoclassical courthouses and public buildings centered on Foley Square). So this article at the Times gave me a pang of sadness — zeroing in, as it does, on a small but meaningful detail that I’d also noticed, showing how cities can change slowly, then all at once.

Several years ago, I had the good fortune to work in the Municipal Building, on Centre Street, for some time. Being there daily afforded me frequent opportunities to cover the blocks of Chinatown on foot (as well as the various subparts of the Lower East Side and SoHo), block by block, during lunch hours. I noticed then that the center of gravity was moving eastward, with a commercial nexus increasingly focused on East Broadway, far from the old core along Canal, Mott, and Mulberry Streets.

I also noticed that the new street-name signs were rarely subtitled, like the older ones had been:

The Times essay, linked above, covers the history of these signs in the context of the history of the neighborhood. I do hope their decline is not a harbinger of rapid change. There have been rumors that Chinatown could soon be made a target for more intense gentrification; and some has already begun. But because it has not gone full-scale (yet), Chinatown is one of the few places in Lower Manhattan that retains some of the character of an older New York City — a messy, discordant, multilayered urban universe (photos by your webmaster) whose spirit has largely been tamed and curated into submission, elsewhere in the tangle of narrow downtown blocks that once teemed with so much human variety.

That is to say, Chinatown is still New York City, as it was meant to be. And I, for one, hope it will stay that way for a while longer.

I thoroughly enjoyed this pair of online classes from the ICAA. The planner Rodrigo Bollat Montenegro takes us on a grand tour of the urbanism of Greenwich Village, in which he touches on everything from Leon Krier’s elements of good traditional cities to the still-visible remnants of colonial property lines and century-old street extensions. 3.25 credits toward your ICAA Certificate in Classical Architecture if you complete the quiz at the end.

Detail of Venice mural from the AmEx Building.

If you’ve ever been inside the lobby of the American Express Building in Lower Manhattan, you can’t have missed Craig McPherson’s haunting, beautiful murals. What I find interesting about the cityscape murals at the World Financial Center (now Brookfield Place) is that they allude to the somewhat mysterious history of modern finance; even their colors and angles present a sense of mystery — like there is a secret to be discovered, or a riddle.

Detail of Istanbul mural from the AmEx Building.

The cities depicted are key seaports of the world. Two (Venice and Istanbul) represent trading capitals of the Old World, while the others (New York City, Hong Kong, Sydney, and Rio) might be said to illustrate the global growth that was driven by the sudden expansion of Old World trade that took place after the Renaissance. What facilitated that expansion? Stock corporations and insurance companies. Both had their origins in the pooling of capital and risk to facilitate the shipping industry of that time. The capital they raised and the assets they protected drove the expansion of Western trade beyond the traditional routes of Europe and the Mediterranean. In this sense, the murals at the World Financial Center are very much part of long tradition in public-facing art: they present a romanticized narrative of a bigger (and potentially obscure) story behind the walls they adorn, and they remind of us the day-to-day work that went into that story.

On another note, the murals all survived September 11th relatively unscathed, even though the American Express Building suffered severe damage.

Although New York’s Singer Building (149 Broadway, New York City) was lost in the late 1960s, at least two other buildings remain today with strong claims of sisterhood. One is in New York City, just about a mile north of where the lost Singer Building once stood. The other is halfway around the world.

The Little Singer Building (561 Broadway, New York City) was built in 1903. Like the (Big) Singer Building, it designed by the Beaux-Arts-trained architect Ernest Flagg for the Singer Manufacturing company. The Little Singer is an attached, zero-lot-line building, in keeping with traditional urban forms. But, unlike Flagg’s next project, it does not have a freestanding tower. Although it was sandwiched between two other buildings, the architect found ways to make it stand out, including the use of cast-iron, arches, and a recessed bay that gives shape to its distinctive color scheme (red brick and green), which presaged the palette of the Singer Tower. Today, it has a clothing store on the ground floor, with residential units above. Here it is, today:

Singer House (28 Nevsky Prospekt, Saint Petersburg) is located on one of pre-Soviet Russia’s grandest commercial strips — the Nevsky Prospekt. Designed by Pavel Suzor, and completed in 1904, the Singer House is more playful in its Art Nouveau design than either of its Beaux-Arts, New York sisters. Yet, in a less formal way, it expresses a similar tendency to combine solid materials and ornate flourishes in a way that defined the visual themes of the company. The Singer House couldn’t have a tower, because the Czar wouldn’t allow anything to exceed the height of his nearby Winter Palace. Here it is, today:

I never find a site on Google Maps without doing some virtual wandering. Roaming around Saint Petersburg on StreetView makes me want to visit. It’s a beautiful and complex city. I’m often taken aback by the incredible richness and refinement of Russia, and its contrast with the country’s seemingly interminable political harshness. It’s a mystery — which makes it interesting.

My latest piece at TAC‘s New Urbs looks at New York’s lost Singer Building, which once stood at Broadway and Liberty Street in what’s now called the Financial District (but was once known simply as Downtown New York).

Seen above, a mural in the Liberty Tower, at Liberty and Nassau Streets, shows how the Singer Building might have appeared during its early days. The painting was commissioned by one of the great architects of recent restorations, Joseph Pell Lombardi.

My latest piece at TAC‘s New Urbs looks at the legacy of Jacob Riis, including his photojournalism in How the Other Half Lives, and a present-day photo-tour (by me) of New York’s Lower East Side.

From the lovable (if not large) Skyscraper Museum, at Battery Park.

I have a new article published at TAC’s New Urbs blog, about the history and legal structure of New York City’s limited-equity housing cooperatives, which continue to provide surprisingly affordable, high-quality housing units in one of the most expensive real estate markets in the United States. The piece tells the story about how limited-equity co-ops got started; their philosophical roots; their early successes; why the model declined in popularity; and how an approach that recovers its best qualities might be be compatible with various subsets of the polarized political landscape of contemporary America.

I think there’s little question that the shortage of affordable housing in the regions with the best economies is a major driving force in the structural inequality that characterizes our current moment; and that the biggest beneficiaries of this status quo are rent seekers, rather than actors who contribute anything dynamic or innovative to the economy. Taking the role of speculation out of the equation can do a lot to keep prices in line with what residents can actually afford. For the reasons described in my article, I think this is an important idea that deserves to be recovered and applied in today’s metropolitan real estate economies. 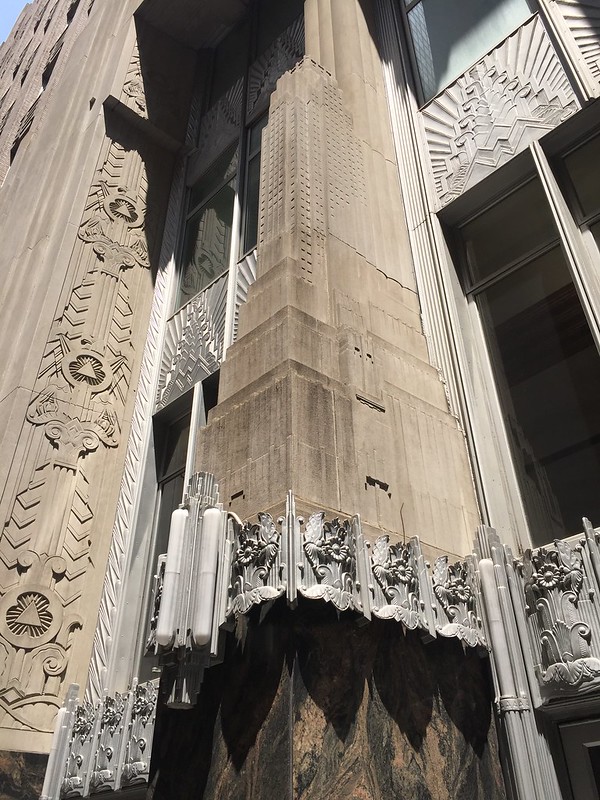