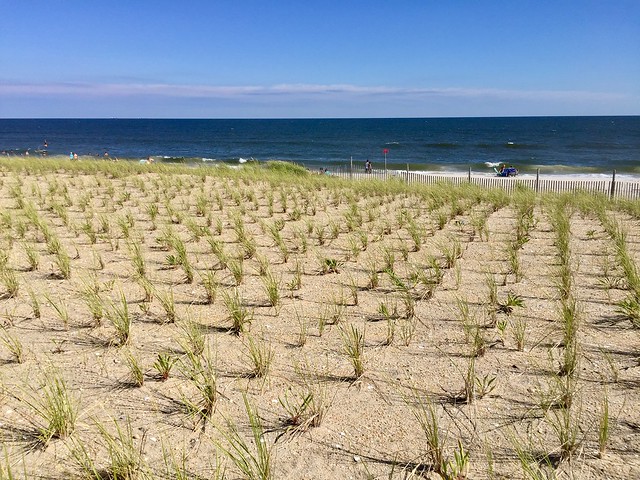 Just some pictures from a couple of trips to New York City beaches this summer. Honey and I made it to Rockaway Beach on an absolutely beautiful day, in early August. The ocean was about as blue as you could imagine, and the beach has been completely remade with white sand and a new boardwalk, replacing the one that was destroyed during Hurricane Sandy. The little things in the photos that look like pebbles are actually tiny clams, coming in by the thousands that day with each wave, then burrowing their way into the sand when the water went out. It was really something to see. 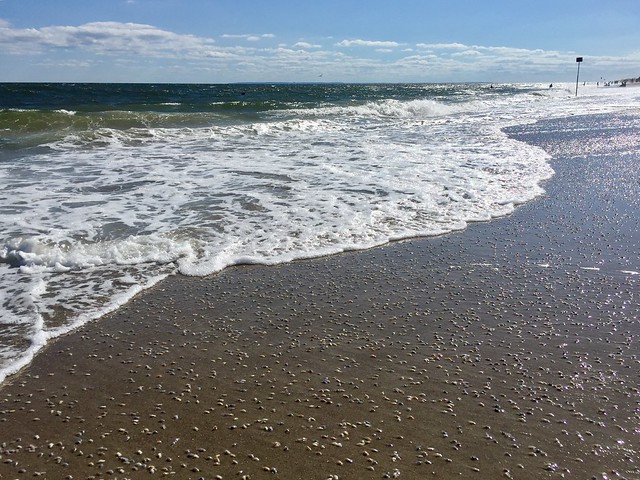 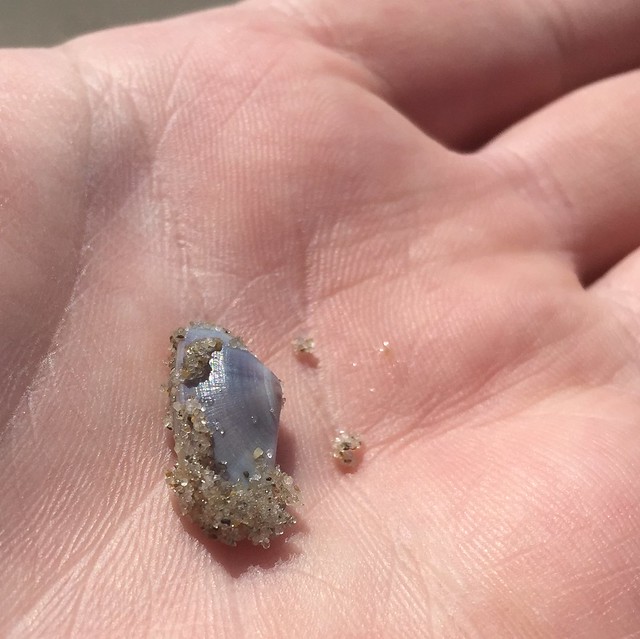 About a week later, I wound up on a work-related field trip to the coastal parts of Brooklyn, to observe the progress that my program has made in rebuilding private homes in Gerritsen Beach, Sheepshead Bay, and Coney Island. We were supposed to have a happy hour afterwards on the Coney Island Boardwalk, but it was cancelled because of the intermittent (but occasionally heavy) rain. The neighborhood was eerie and abandoned, with wet streets and empty sidewalks. I thought it was photogenic. It’s interesting to me how many of the individual artifacts of the Coney Island my grandparents would have visited are still there — Nathan’s, Luna Park, the Cyclone; and even more interesting, from a planner’s perspective, that this famous seaside spot has never been redeveloped. 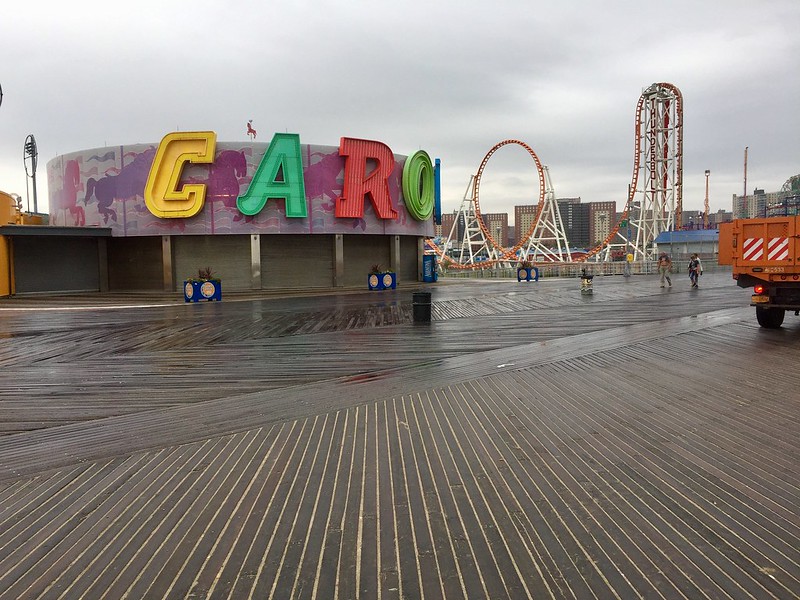 At the end, I included just a few pictures of the work that our program is getting done in the Sandy-affected parts of Brooklyn. It has been a long process getting to a point where physical progress can been seen in these places. Everyone who has been involved in since 2013 should be proud of what he or she has done, especially the homeowners and tenants who have stuck with it for the long haul. 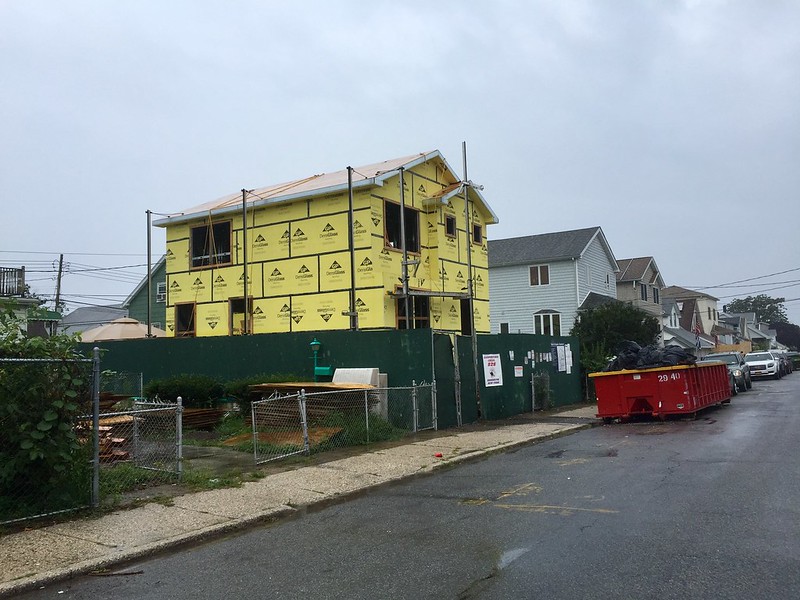